Some Interesting facts and common terms about Indian Railway 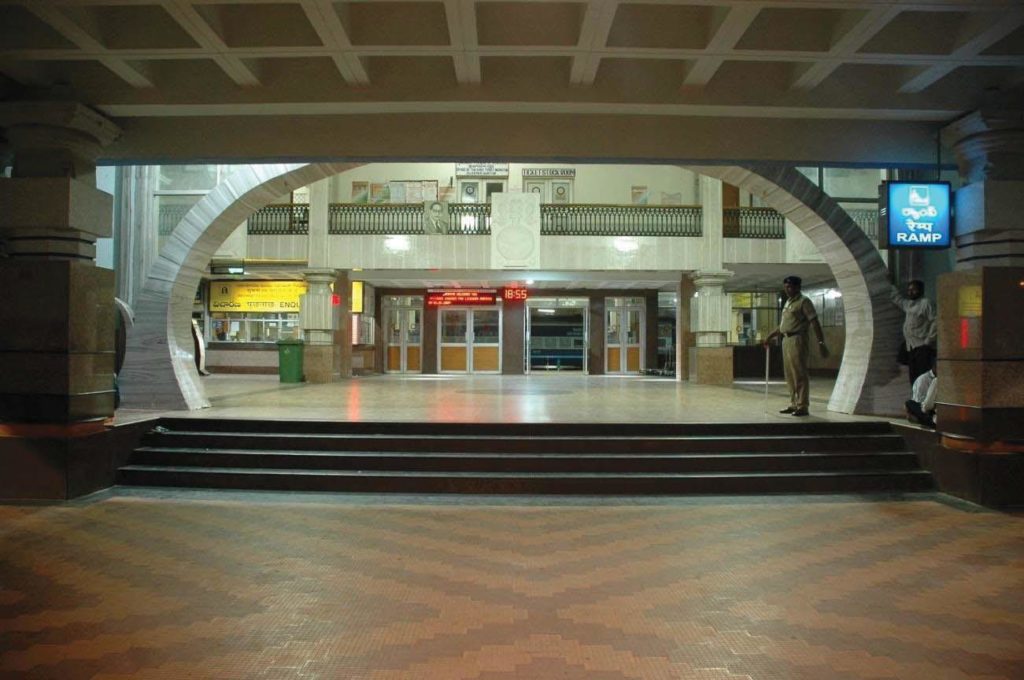 Glossary of common terms in use in Railway Statistics

Authorised stock-locomotives/vehicles/wagons – This is the sanctioned allotment of stock for a railway and includes stock ordered for or under construction but not handed over to traffic. Stock sold or broken up but not replaced or removed from authorised stock is included. Stock replaced but still running is not included.

Average haul or lead of traffic – represents the average distance each passenger or tonne of goods is transported.

Brake van – A vehicle provided with apparatus by means of which the movement of the vehicle can be retarded and stopped and used for the purpose of retarding the movement of other vehicles to which it is coupled, also, in some cases, the vehicle from which the braking apparatus on other vehicles is controlled. A vehicle is not reckoned to be a brake van if it provides accommodation for any traffic.

Capital-at-charge – Book value of the capital assets of the Railways.

Capital outlay – Expenditure of capital nature incurred during the period with the object of increasing concrete assets of a material character.

Cross traffic – All traffic which neither originates nor terminates on the reporting Railway or on the same section of a gauge for which the return is being prepared.

Density – The volume of traffic moving between any two points on the railway system. It is expressed in terms of passenger kilometres or net tonne kilometres and train kilometres per running track kilometre or route kilometre.

Empty running – The running of vehicles empty, i.e., without being loaded.

Engine failures – An engine is considered to have failed when it is unable to work its booked train within the prescribed load from start to destination or causes a delay in arrival at destination of a specified period, namely 30 minutes or more in case of passenger trains hauled by diesel electric and electric engines and 60 minutes or more in all other cases due to defective design or material or bad workmanship in shed/workshop or mismanagement by crew or bad water/fuel.

Full wagon load – Consignment of goods traffic necessitating the use of one or several wagons without the wagon or wagons having necessarily to be loaded to their full capacity.

Gross earnings – The true earnings in an accounting period whether actually realized or not.

Gross tonne kilometre (excluding weight of engine) – Unit of measure of work which corresponds to the movement over a distance of one kilometre of one tonne of vehicle/wagon and contents excluding the weight of the motive unit.

Gross tonne kilometer (including weight of engine) – Unit of measure of work which corresponds to the movement, over a distance of one kilometre of one tonne, including the weight of the motive unit vehicle and contents.

Loading or carrying capacity of a vehicle or wagon – The extent to which the vehicle can normally be loaded as shown by the wagon or van marking. The capacity is expressed for passenger stock in the number of seats/berths available and for parcel and goods stock in tones.

Local traffic – The expression ‘Local traffic’ when used with reference to a railway means traffic originating and terminating at stations within the limits of that railway without passing over any other railway. Existing practices under running power arrangements will, however, continue.

(a) Route kilometrage at commencement of a year (plus/minus) ;

Net earnings – The difference between the gross earnings and the working expenses, excluding suspense but including appropriation to Depreciation Reserve Fund and Pension Fund.

Net load, net tonnage – The weight of passengers, baggage or goods conveyed by a vehicle (coach, wagon, etc.,) or by a group of vehicles (trains).

Net revenue – Difference between the gross earnings and the working expenses after the payment of dividend to General Revenues, payment to worked lines and other net miscellaneous expenditure.

On cost – Expenditure incurred on jobs which cannot be charged direct to the cost of articles manufactured or work done.

Operating ratio – The ratio of working expenses (excluding suspense but including Appropriation to Depreciation Reserve Fund and Pension Fund) to gross earnings.

Passenger kilometre – Unit of measure of passenger traffic corresponding to the conveyance of a passenger over a distance of one kilometre.

Passengers originating – means number of passengers booked from each gauge of the railway.

Pension fund – This fund was created with effect from 1st April, 1964 to even out the charges and to provide not only for the current payments to retired pension opting staff but also to provide from Revenue/Capital each year the accumulated liability for the pension benefits earned by each pension opting staff for each year of service in the same way as provision is made for Depreciation Reserve Fund.

Revenue earning traffic – Traffic conveyed by rail and for which commercial tariffs are applied i.e., for transportation of which the railway is paid by either the consignor or the consignee.

Revenue tonne-kilometre – Unit of measure of public goods traffic which represents the transport of a quantity of goods charged for as one tonne over a distance counted in the tariff as one kilometer.

Rolling-stock – All railway tractive and transport vehicles, including travelling cranes.

Route kilometer – Distance of each gauge owned by a railway including its worked lines treated as a single line.

Running track kilometer – In addition to the route kilometrage, the extra distance of multiple tracks i.e., double, treble, etc., tracks shall be treated as two or three or more tracks but shall exclude the track in sidings, yards and crossings at stations.

Shunting – Operation of moving a vehicle or rake of vehicles inside a station, marshalling yard or other railway installations (depots, workshops, etc.) which are not considered as a train movement.

Siding – Commercial sidings – are to show assisted sidings build for private individuals local requirements, sidings in the coal fields leading to a particular colliery, etc. Transportation sidings – are to show crossings, loops at stations, relief sidings, sidings in the coal fields not used solely for a particular colliery, etc.

Staff – All employees paid directly by the railway administration (except casual labour).

Stores – Supplies of materials or parts whether purchased externally or manufactured in railway workshops required for working the railway.

Suburban traffic – Passenger traffic moving in metropolitan areas (at present in Mumbai, Kolkata and Chennai) where special concessional rates for season tickets are applicable is termed as suburban traffic.

Through traffic – This expression refers to transport on interchange traffic beyond the limits of a single railway system.

Tonne kilometer – Unit of measure which represents the movement of one tonne over a distance of one kilometer.

Tonnes terminating – include tones of all traffic terminating on the gauge whether they originated on the home line or on other railways.

Tonnes originating – This includes tones of all traffic originating on each gauge, whether it terminates on the gauge itself or on some other gauge of the home line, or on other railways.

Track kilometer – Distance of each gauge owned by a railway including its worked lines treated as a single line and the extra distance due to double, treble, etc., tracks, as also the length of sidings, etc.

Train engine hours – are to show the hours during which engines are employed on trains, counting in each case from the time the engine starts with the train, until it reaches the station at which the engine terminates its run with the train.

Train kilometer – Unit of measure of distance which corresponds to the movement of a train over one kilometer.

Transhipment – Transfer of goods from one vehicle to another of the same or different gauges.

Turn round of a wagon – Interval of time between two successive loadings of a wagon.

Vehicle/wagon day – Unit of measure of the potential use of vehicles/wagons, which corresponds to one vehicle/wagon being present on the system during one day

Vehicle/wagon kilometer – Unit of measure of distance which corresponds to movement of a vehicle/wagon over a distance of 1 kilometre.

Wagon – Railway vehicle used for the carriage of goods.

Wagon, covered – Wagon of a watertight nature by virtue of the construction of the vehicle (completely covered on roof and sides), also characterized by the security of transport (possibility of locking and/or sealing the wagon).

Wagon, loaded – refers to a wagon loaded with goods traffic.

Wagon, open – Wagon not fitted with a roof. It may be either high sided, low sided or without side.

Wagons owned – includes total number of wagons owned by a railway whether against authorized stock or stock which has been replaced but still running.

Working expenses – Expenditure incurred in connection with the administration, operation, maintenance and repairs of lines opened for traffic. This also includes appropriation to Pension Fund and the contribution made to the Depreciation Reserve Fund to meet the cost of replacements and renewals.